Remarks from the Chair

Hope you are all well and having a great start of the summer. There is some important information to share in this issue of the newsletter, so I trust that you will take time to read these remarks and respond to a number of emerging and ongoing developments.

I am very pleased to report that the Board held its annual retreat in Ottawa, last month, May 8-9, at the University of Ottawa. Many thanks to Dr. Kevin Kee, for offering a meeting space for the retreat. Unlike last year, when the retreat agenda included the meetings with SSHRC representatives and LandMarks management team, this year we focused on discussing the role and future positioning of the association in tandem with administrative tasks. I would like to thank Kayla Wright from Megram for her administrative assistance and all the Board members for their time and participation at the retreat.

Whether we think of CAFAD’s position in response to the proliferation of the executive orders and recent cuts to funding for the arts in the United States, or the leadership role of our association within the ongoing efforts of decolonizing and Indigenizing studio education, the Board is committed to expand the visibility at the national level. One of the results of this thinking is the statement in response to the troubling political context in US. Please find enclosed the statement from the CAFAD Board of Directors that was drafted at the retreat and that has been posted on the website under about CAFAD in both French and English. 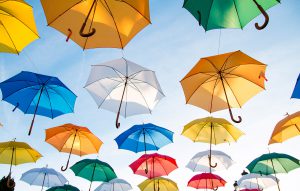 The Board of Directors of the Canadian Association of Fine Arts Deans (CAFAD) endorses the statement by Universities Canada (January 29, 2017) and shares its concerns about threats to “the free flow of people and ideas and to the values of diversity, inclusion and openness that are hallmarks of a strong and healthy society.” Such sentiments are echoed in the Association of Independent Colleges of Art and Design (AICAD) statement (January 31, 2017) that “we stand united against policies that are counter to the principles of diversity, equity, inclusion and the global sharing of knowledge that are core to the educational missions of all our members.” In accord with its mission to be a national voice for post-secondary programs in the Fine Arts to the public at large, government and within the academic community, the Board of Directors of CAFAD supports the proposition that arts education promotes intercultural understanding and respect for difference.

We have also discussed the status of ongoing project of making the CAFAD’s website bilingual. As of this summer, all links on the website and general interface will be accessible in both official languages. The following phase will include the translation of all content, including the newsletter and information about the conference, pending the outcome of a grant application that has been put forward, as well as further consider 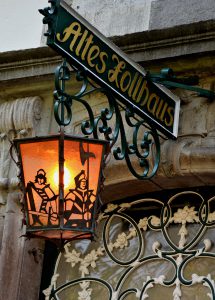 ation of budgetary implications that will be discussed at the next AGM.

We have also worked on refining the program of the next annual conference. Organized in collaboration with the International Council of Fine Arts Deans (ICFAD), Crossing Boundaries, is a three day conference that will take place in Halifax, October 18-21st. This conference will f

enous learning, Landmarks project, and collaborative pathways between colleges and universities. In addition, we will engage with a

charrette and questionnaire on the subject of renaming of the association given the complicated historical meaning of ‘fine arts’. The conference registration portal is now open so please register and join us for this unique gathering that is expected to bring together over two hundred participants to beautiful Nova Scotia.

The Board has also discussed the agenda for the Annual General Meeting that will be held on October 21. At this meeting, we are planning to undertake the election of the new Chair and expand the membership by including a francophone representative on the Board. The Nominating Committee including Dean Jurkowski and Dean Duclos, will be seeking the nominations later this summer. Moreover, we are also hoping to announce the inaugural recipient of CAFAD’s Academic Leadership Award in Arts Education. 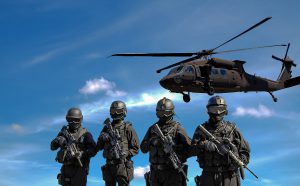 In an effort to expand the engagement of CAFAD membership, we have established four taskforce subcommittees on the following topics: Research Creation (chaired by Rebecca Duclos and Ann-Barbara Graff), Experiential Learning and Community Engagement (chaired by Vlad Spicanovic and Glen Carruthers), Indigenous Learning (chaired by Dean Smith) and Integrated Planning and Best Practices (chaired by Gage Averill and Ed Jurkowski). The chairs will share more information about the function of these subcommittees later this summer. An important part of our conversation was discussing the strategies for involving the national colleges of art and design with CAFAD. Working in dialogue with Jason Frizzell, from Red Deer College, we will be reaching out to our colleagues from the colleges with an invitation to the next conference.

As you know, June 2017 marks the launch of highly anticipated LandMarks national project that was developed in collaboration between Partners in Art, CAFAD, and Parks Canada. Sixteen CAFAD institutions have offered undergraduate and graduate courses in the winter, in response to the curatorial vision of the project and 150th anniversary of the confederation. Over two hundred students have been involved in experiential learning and production of site-specific art works that will be featured in the national parks and historic sites across Canada. Please note that an interactive LandMarks website ( landmarks2017.ca ) will be launched in early June in tandem with outdoor events and exhibitions that will take place between June 10 and 25th. The website will initially feature the proposals and concept developments of art works by artist-students, which will be replaced by documentation of all the final pieces by June 28th. Please note that we have experienced some challenges with collecting the information from the universities, so the representation of some participating institutions may be delayed or incomplete. Art & Science media team is making every effort to ensure that the work of emerging artists is presented to Canadian public in concert with the public art projects by established artists and curators. Please visit the website, mark your calendars and bring your friends and family to Landmarks sites to see the exhibitions and support faculty and students.

In addition to these remarks, this issue of CAFAD newsletter features the news from NSCAD University. Thank you again for your reading and continuing support of CAFAD. I look forward to seeing you all this fall at the conference in Halifax. Have a restful and enjoyable summer holidays and all the best.